There are several stories mentioned in the sutra. One whole ang is all about stories, viz. Gnata Dharma Katha. All stories have a profound meaning in depth if one understands correctly with links. One of them is in Suyagadang sutra it is about a conference of philosophers of Vedanta, Vaisheshik, Mimamsa, Sankhya, etc philosophies. After having explained their philosophies, they criticized each others. Then they asked Nirgranth to explain. As there was no electricity during those times, the light was produced by burning coals. Nirgranth asked each of them to hold the burning coals in their respective palms without resorting to jugglery, tricks, or ashtaang vidya. All of them refused to do so, they were asked the reason for refusal, they said it will burn their hands obviously Nirgranth asked so what if it burns? o what if it burns? The answer was it will cause pain! So the fact is not to cause pain to any living beings. 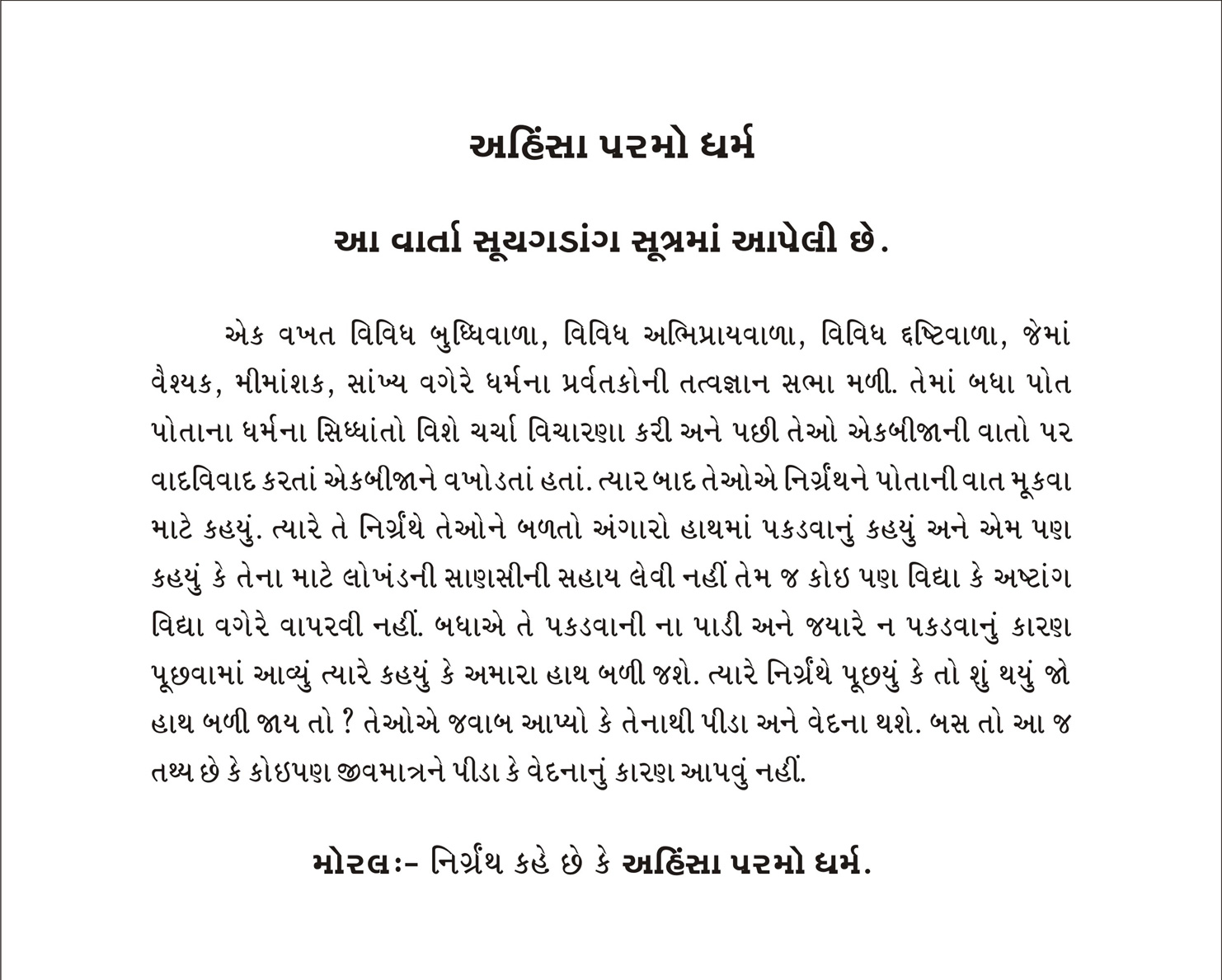